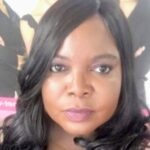 With 2.2 billion users on Facebook and 93% of social media marketers actively leverage Facebook ads — practically every business’ audience is somewhere on the platform.

But of course, not all Facebook ads are created equal.

It only takes a few flub-ups to realize that Facebook ads can be a massive money waster for your business… or (if done correctly) a huge game-changer.

Creating high-converting Facebook funnels isn’t a cut-and-dry, formulaic science — but more of a try-and-test process that’s unique for every company.

In this article, we’re going to walk you through seven steps that will give you the best chance of building a Facebook funnel that converts like clockwork. These are the fundamental principles that will hold true for every Facebook ad marketing campaign.

You probably already know what a sales funnel is.

A sales funnel is meant to guide a prospect toward a specific action — sometimes that action is opting in and becoming a lead, sometimes it’s converting and buying a product. The marketing funnel, on the other hand, is the entire high-level funnel a business maintains, from awareness all the way to conversion. 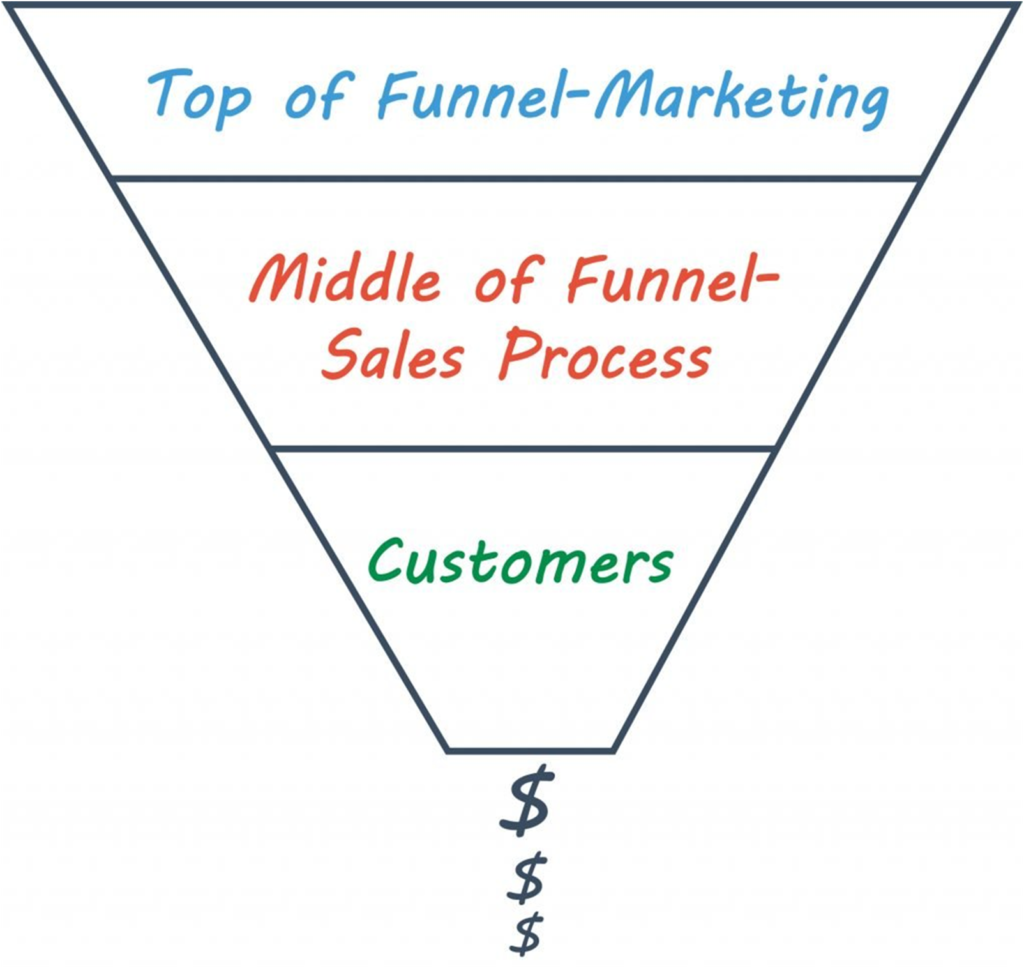 A Facebook sales funnel, then, is the process of guiding people through different stages of your marketing funnel using Facebook ads — from no awareness to awareness, from interest to desire, and from desire to conversion.

Maybe, for instance, your Facebook funnel starts with engagement (likes, comments, shares, etc) and leads, eventually, to purchasing your products… 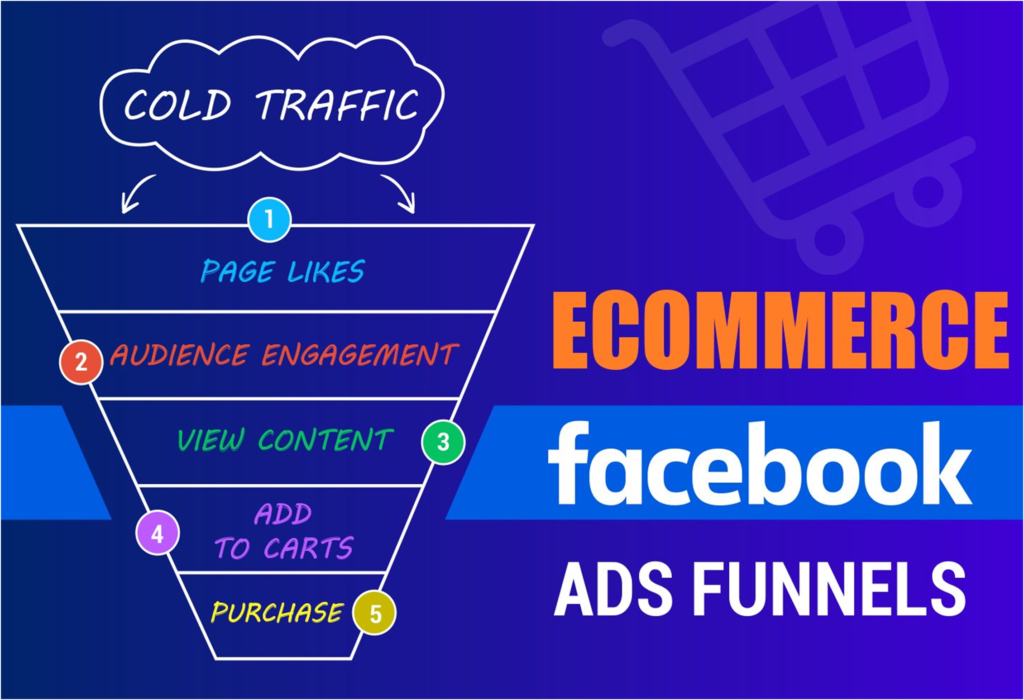 And each stage, the Facebook funnel requires a different marketing strategy. Afterall, the strategy for getting people to become aware of your business is far different than getting those same people to buy from your business.

That’s why we’re going to walk you through 7 steps to building a Facebook funnel for each stage of the buyer’s journey.

Step #1: Determine What Kind of Funnel You Want to Create With Facebook Ad

First, you need to figure out why you’re creating a Facebook funnel.

Or maybe… all of the above.

Still, write down your motivation(s) for creating a Facebook sales funnel. For example…

Once you’ve determined why you want to run Facebook ads and which part of the marketing funnel those reasons are connected to, you can move forward with confidence and clarity. 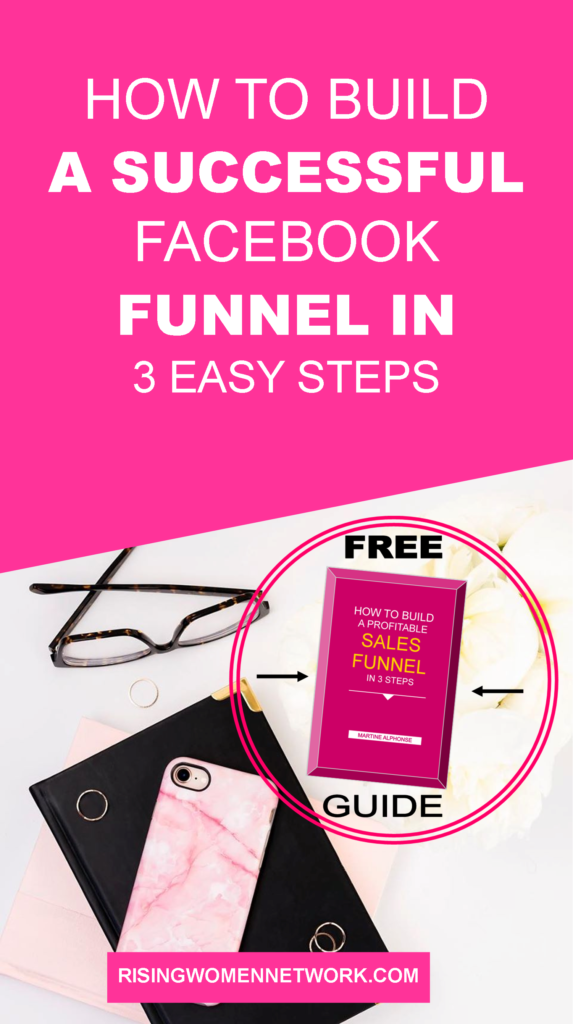 This step really only applies if at least one of your goals is to increase brand awareness with your Facebook funnel — remember, though, you can retarget these same people later, nurture them, and try to drive them to conversion.

The goal of running awareness Facebook ads is to… well, generate more awareness surrounding your brand, your content, and your products. Practically speaking, you mission here is website visits, social media shares (which means free visibility), and — best-case scenario — email opt-ins (but that can happen a little later, especially if you have the Facebook pixel glowing green, but more on that in a minute). 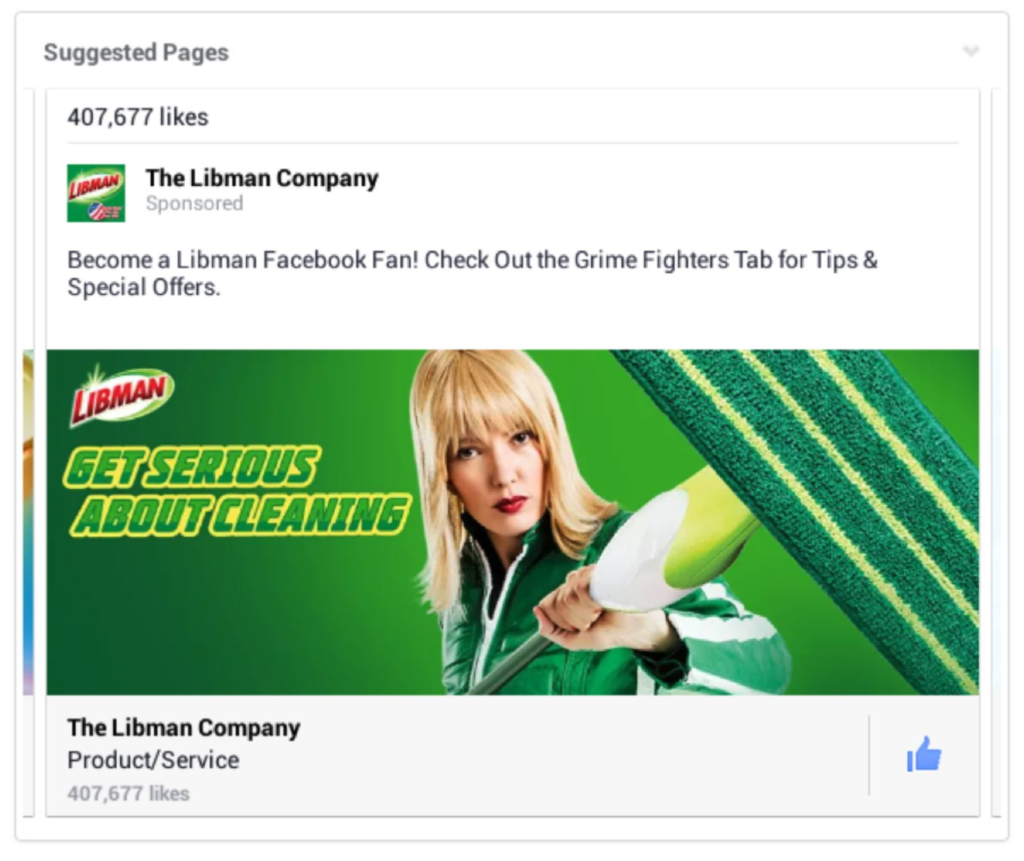 There’s no sales pitch here — the only thing being offered is a free downloadable guide. This kind of ad increases awareness for your brand and builds good-will among your target market (you’re giving them a valuable resource for free, after all).

Even better, Facebook has a specific ad category for generating just the kind of awareness your business is looking for. 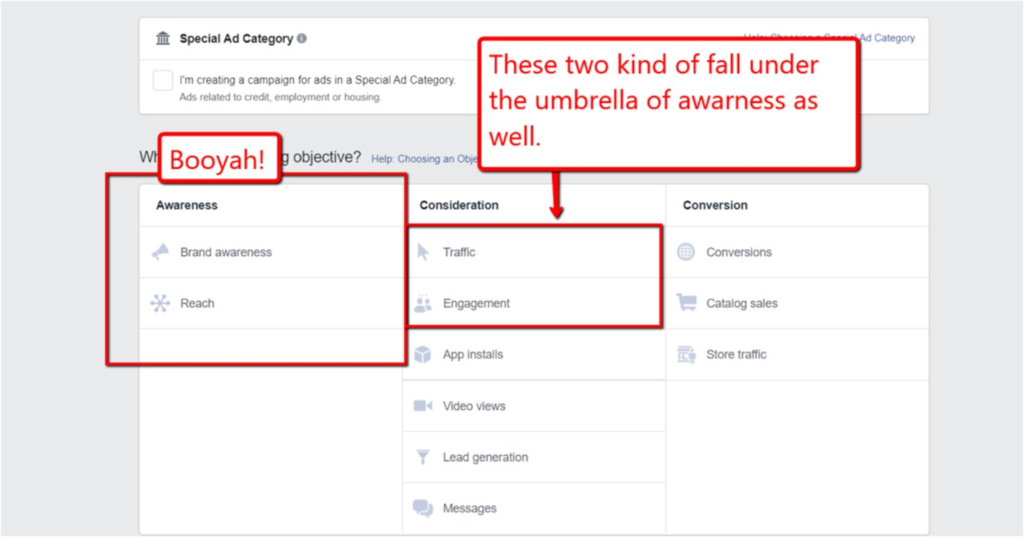 But here’s the kicker — your prospects might click on the ad and still not opt-in. That doesn’t mean they’re not interested, it probably means you just caught them at a bad time. Which is why Step #3 is so darn important.

The sooner you create and utilize the Facebook pixel, the better.

I first realized the power of the Facebook pixel when a successful marketer and friend of mine told me, “When I have the Facebook pixel running, it doesn’t matter if the prospect opts-in on my website, they just need to visit and I can retarget them with future ads.”

Remember, when someone clicks on your Facebook ad but doesn’t opt-in or purchase, that doesn’t mean they’re uninterested, it could just mean they’re distracted. And the Facebook pixel allows you to get in front of those people in the future, even when they didn’t take the desired action.

Here’s an example of a retargeting ad that is trying to capture cart abandoners made possible by the Facebook pixel. 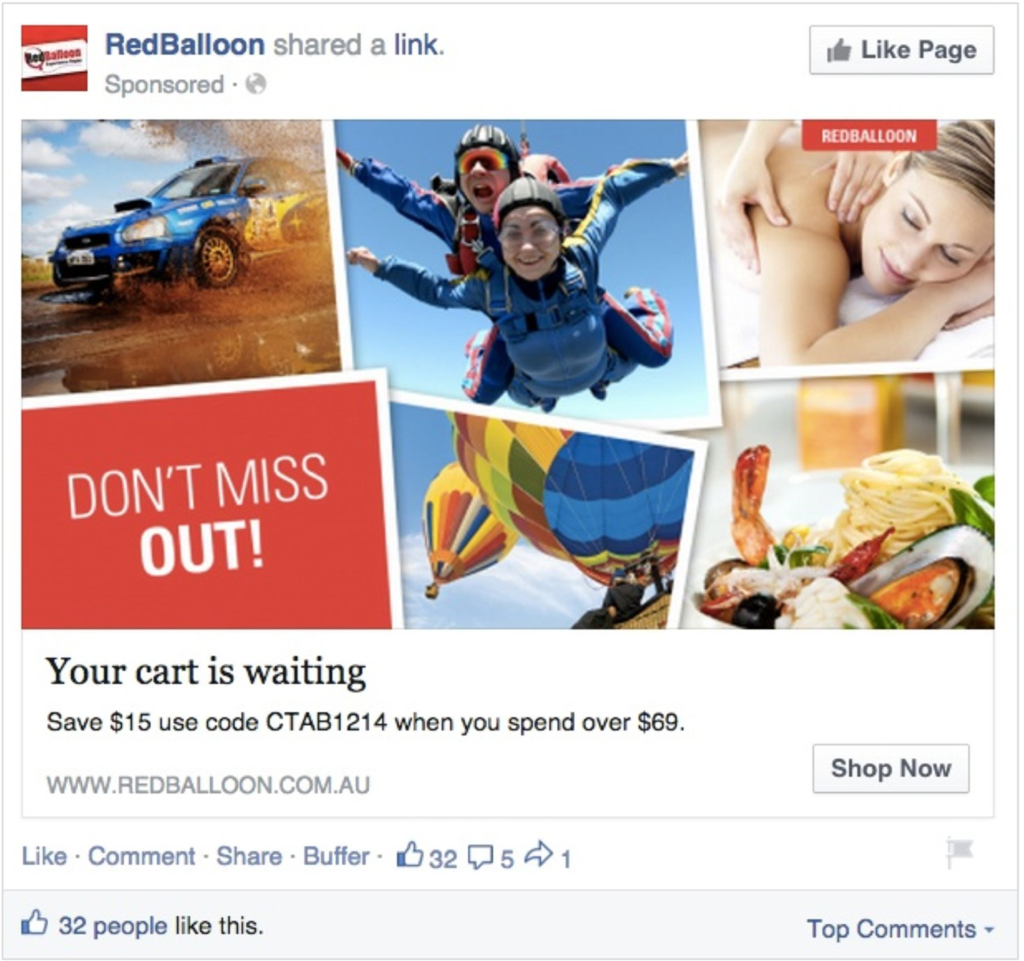 That last tactic allows you to target prospects based on their behaviors (I don’t have to tell you that’s wicked powerful, right?).

But one thing’s for sure: you can’t do any of that if you don’t first set up the Facebook pixel. Here’s a video from Facebook detailing just how to do that.

Step #4: Map out your Facebook ad plan on paper.

Once you get into Ad Manager, things can get a bit dicey.

Especially if you’re unfamiliar with the back-end platform, it’s easy to create something and then lose it because you’re not sure whether to edit the campaign, ad set, or ad creative. Throw in multiple retargeting campaigns and pixels and things get even more confusing.

This is why we highly recommend documenting your entire Facebook funnel on paper before trying to create it. Put yourself in the prospect’s shoes and walk through each stage of the marketing funnel.

Start with answering these questions…

Similar to the Facebook pixel, lookalike audiences are another piece of marketing magic right out of Facebook’s advertising toolset.

By creating a lookalike audience in Ad Manager, you can target a group of people who is similar (or “looks like”) one of your other audiences. You can create a lookalike audience based on your existing customers, your email list, or people who took a specific action on your website (so long as you have the Facebook pixel set up). 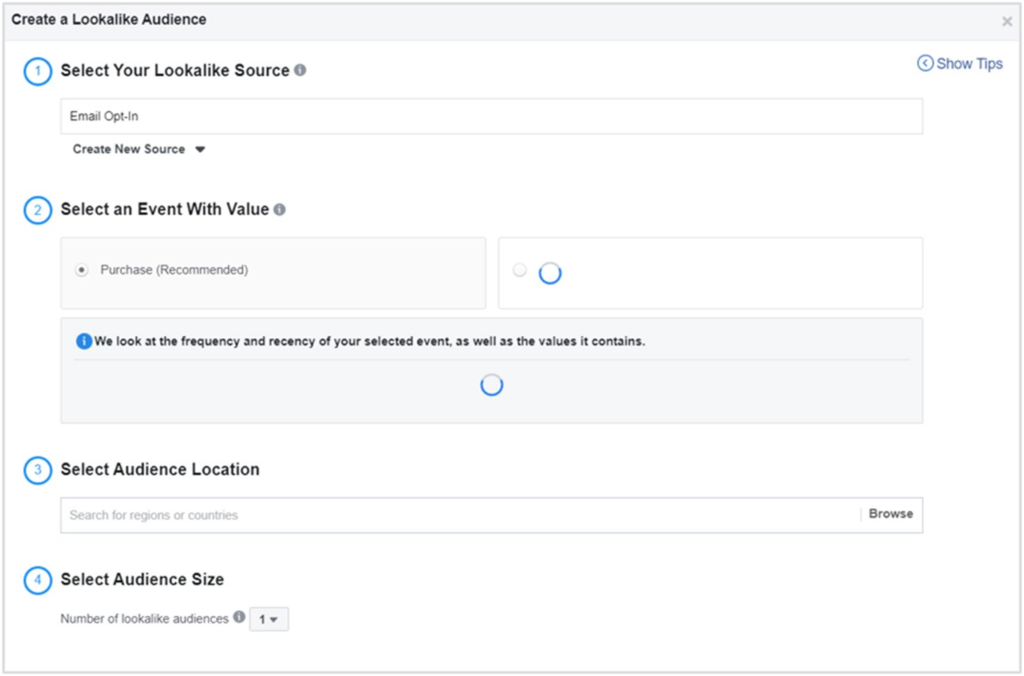 Once you’ve created a high-value audience (by collecting email subscribers, conversions, or Facebook pixel events), with just a few clicks, you can create a new, near-identical audience. For obvious reasons, then, lookalike audiences tend to have higher engagement and conversion rates.

“With a lookalike audience, you reach new people who are likely to be interested in your business because they’re similar to your existing customers. You choose a source audience, and we identify the common qualities of the people in it. Then we find people like them, using your selected location and desired audience size.”

This is a great way to scale the effectiveness of your Facebook funnel once you’ve gained some momentum and have some tried-and-true prospect or customer lists that you can duplicate.

The ultimate goal of every funnel is the same: to turn prospects into long-term customers. That’s why optimizing your sales funnel for conversion is so important.

You can make more people aware of your business, you can turn that awareness into interest, and you can even create desire for your products where people are waiting in anticipation to buy from you.

But if your sales funnel isn’t crafted to convert those interested prospects like clockwork, you’re going to lose revenue. Plain and simple.

There’s a lot of advice out there about how to run high-converting Facebook ads (including this article!), how to find the perfect targeting, how to craft the perfect sales copy, and how to use the perfect eye-catching image.

But the fact is, every business’s experience with Facebook funnels is a little bit different. What works on your audience won’t work on another company’s audience and what works for them might not work for you.

The only way to know for sure which ads are resonating with your target market is to test and iterate whenever possible. The more you do, the faster you’ll learn and the better conversion rate you’ll receive.

Facebook sales funnels can be extremely effective at building brand awareness, growing your list of prospects, and turning those prospects into paying customers.

But they can also be big money-wasters (as every marketer knows).

Ultimately, you have to figure out what works for you and your business. But you can use the above steps to create a Facebook funnel that supports your high-level marketing funnel, one that builds brand awareness and drives conversions.

Ummmm … do you know how much I’d appreciate that? 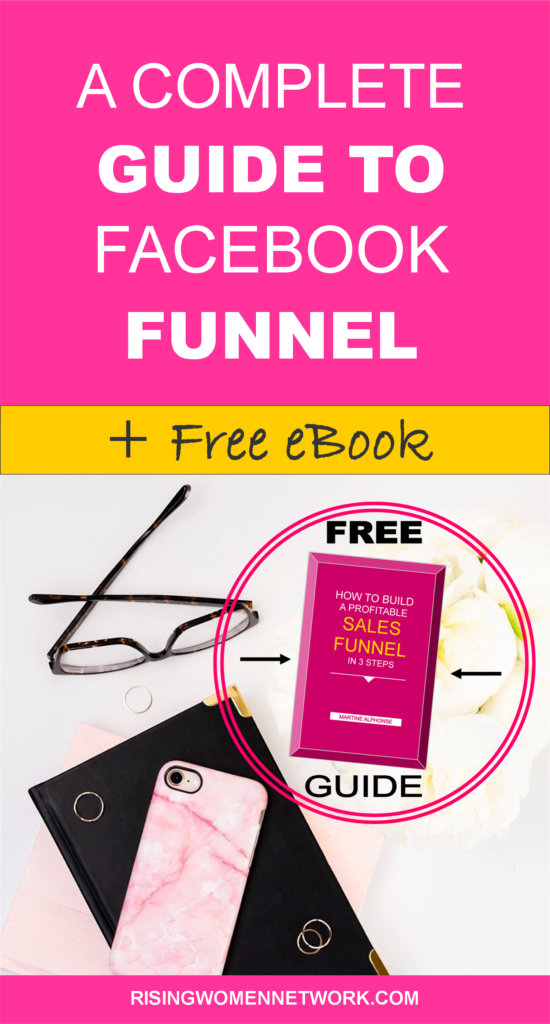